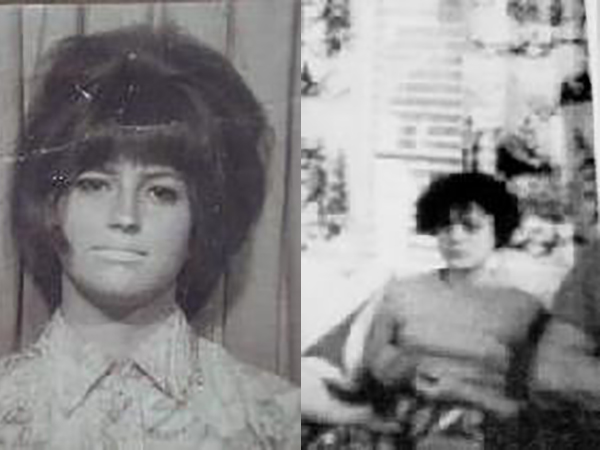 Sandra Ann Stiver (left) and Martha Evelyn Stiver. Pennsylvania Missing
ALEX WIGGLESWORTH, PHILLY.COM
LAST UPDATED: Friday, June 6, 2014, 9:07 PM
Remains recently unearthed from a Berks County potter’s field have been identified as those of two Philadelphia girls who went missing nearly 50 years ago. Authorities hope the discovery will bring some closure to the families of Sandra Ann Stiver and her sister-in-law, Martha Evelyn Stiver. “The family has been contacted and they’re sad and happy at the same time,” Berks County Coroner Dennis Hess said Friday. “We’re making arrangements now to hopefully have them come here to Berks County and claim their loved ones.” Sandra, then 14, and Martha, then 17, disappeared in 1968 from the area of Kensington and Frankford avenues. Martha was a young mother, her daughter just a year old at the time, Hess said.

An investigation into the girls’ disappearance eventually took authorities more than 50 miles out of the city, into a crude cemetery filled with unmarked graves where officials once buried those who either couldn’t be identified or couldn’t afford to pay for their own interment. There, in the county potter’s field in Cumru Township, the bodies of two Jane Does found dead in the late 1960s were buried until last year. The body of the first young woman was discovered Aug. 22, 1968 along Route 82 in Caernarvon Township. She had been shot five times in the abdomen and chest and once in the left temple, Hess said. The second body was found April 18, 1969 in French Creek State Park, about four miles away. Though the corpse was skeletonized, rendering the woman’s cause of death unclear, investigators believe she was also murdered, according to Hess. “They were believed to be related, or knew each other, by the clothing that they had,” Hess said of the two girls. “In particular, there were a pair of Italian-made sandals that were identical. State police were able to determine that they were the same shoes.” A forensic pathologist confirmed that the woman whose body was found in 1969 had died about a year before, meaning her time of death likely coincided with that of the other young woman, Hess said. But authorities weren’t able to identify the bodies and the case went cold – until the fall of 2013. One of the Stivers’ family members contacted investigators after reading about the Berks County case on the National Missing and Unidentified Persons web database, Hess said. The relative offered a DNA sample to be tested against the bodies for a familial match. Investigators, confident that advances in forensic technology had made it possible for the women to finally be named, exhumed them from the potter’s field. They sent sets of tibia and femur bones to a forensic laboratory at the University of North Texas Health Science Center. Martha’s brother and daughter volunteered DNA samples for comparison, while Sandra’s mother and sister did the same. But the results of both nuclear and mitochondrial DNA tests, returned several months ago, weren’t clear enough to confirm the bodies’ identities, Hess said. So investigators sent the university more bones, including jawbones and teeth. This time, the results were more certain. One body was 172 million times more likely than the average person to be related to Martha’s brother and daughter. The second body was 8.8 more billion times more likely than the average person to be related to Sandra’s mother and sister, Hess said. “The University of North Texas Health Science Center tells us this is the oldest case that they have ever been able to match, from 1968 and 1969,” Hess said. “They’ve never done one this old. That, in itself, is a feat.” Now, Hess’ focus has shifted to the second portion of the puzzle. He’ll be working with Pennsylvania State Police cold case investigators in an attempt to figure out exactly what happened to Sandra and Martha Stiver, and who is responsible. Anyone with information about the case is asked to call Pennsylvania State Police at 610-378-4011 or to contact the Berks County Coroner’s Office at 610-478-3280. “I don’t know if it’s luck or if it’s fate or what, but we’re certainly glad to be able to solve this [missing persons] case and actually reunite the family with their loved ones,” Hess said. “It would be great to solve this homicide, as well.”